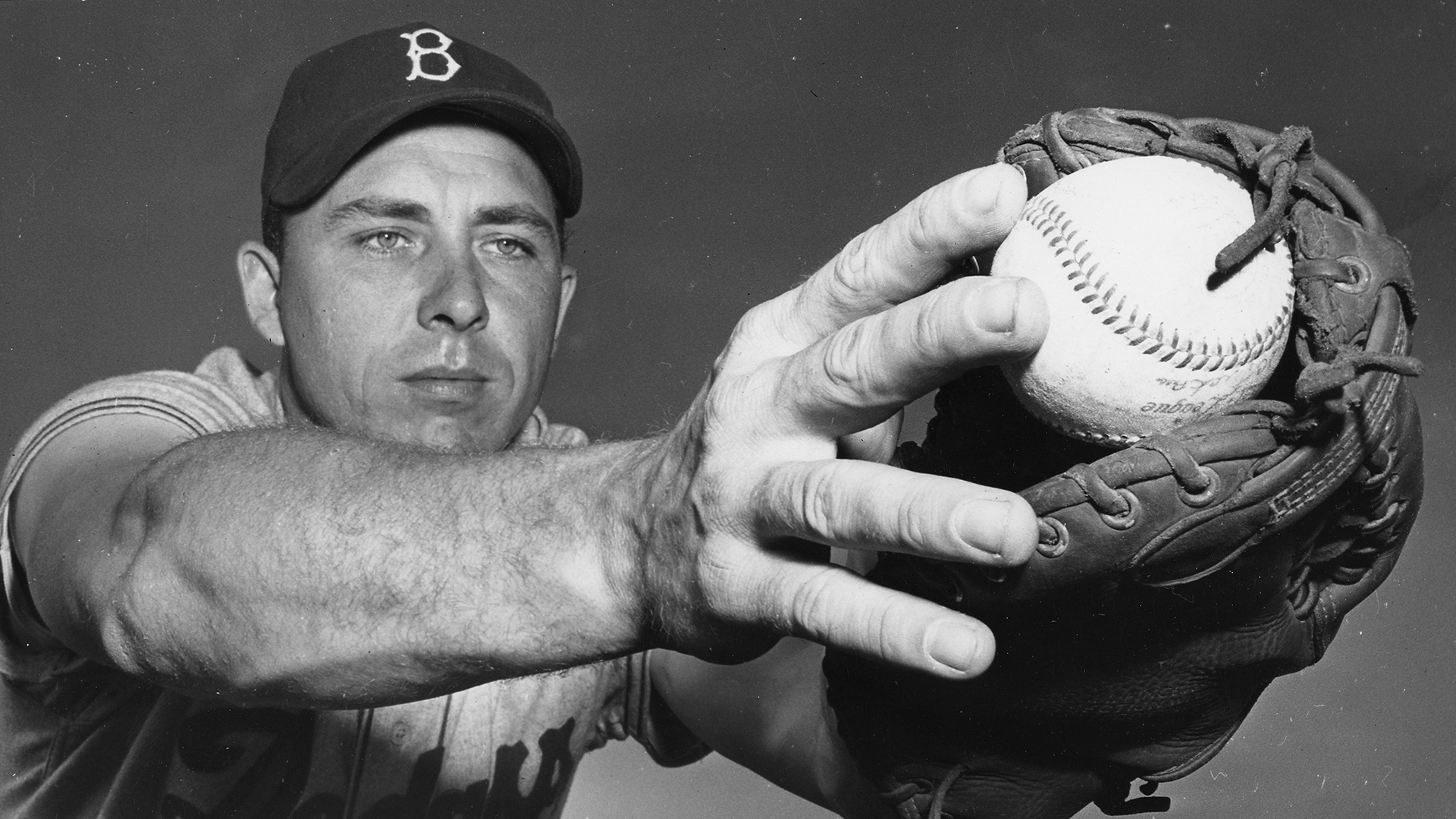 Gilbert Ray Hodges was born to Irene and Charlie Hodges on April 4, 1924 in Princeton, Indiana. At a young age, Gil was instilled with a passion for athletics by his father who wanted to see his son achieve more success in life than he had. As a result, Gil developed tremendous athletic potential, attracting the attention of professional sport teams.

In 1941, Hodges accepted a scholarship from St. Joseph’s College in Indiana and majored in physical education. While in school, he played baseball during the 1942 and 1943 seasons. It was around that time that Hodges was spotted by a part-time scout for the Brooklyn Dodgers, Stanley Feezle. He signed a contract but appeared with the team for only one game in the third base position.

Life for Hodges soon took a drastically different turn once World War II broke out. Having served as a member of the Marines ROTC program at St. Joseph’s, he had to give up playing baseball and soon went into battle at Tinian and Okinawa for the U.S. Navy. He garnered many accolades for honorable service, including earning a bronze star before his discharge in 1946.

Back at home with the Dodgers once again, Hodges was ready to make history. He switched from third base to first, a position which gave him more confidence and a greater chance to prove himself to his teammates and the public. By 1949, he was heralded as one of the league’s finest first basemen.

After 14 years in Brooklyn, Hodges and the team moved to the west coast to begin playing in Los Angeles. He would remain there for three seasons, until 1961. At that time, he started to contemplate retirement due to chronic knee pain. When the Mets showed interest in the expansion draft, he agreed to keep playing, since he would be back in his home state of New York.

The years of 1962 and 1963 were Hodges’ last years as a player. He hit his last home run in 1962, bringing his career total to 370 which, at the time, was the National League record for home runs by a right handed hitter. In 1963, owners of the Dodgers negotiated a deal with an expansion club, the Washington Senators, for him to become their new manager. Thus, Hodges’ career playing baseball came to a close, but his career as a coach was only the beginning.

For the next several years, Hodges’ developed the young Senators into a solid team. In his final year at Washington in 1967, his team increased their standing to 6th place in the American League with a record of 76-85. Later that year, the Mets came back looking for Hodges once again. He was glad to accept their offer of General Manager in 1968.

Hodges’ managed to assemble a successful team of players for the Miracle Mets and in 1969, led them all the way to the World Series Championship. His managerial career was prematurely cut short when, while golfing in Florida, he suffered a massive heart attack two days before his 48th birthday.

It goes without saying that beyond the numerical factoids attributed to athletes, Gil Hodges embodied the best of baseball through the human qualities he brought to the sport. Today, legions of fans continue to rally for the time when he will be inducted into the National Baseball Hall of Fame in Cooperstown, New York.